Interest rates continued climbing throughout the second quarter, while median home prices started a two month decline. The struggle to find a home for the average buyer is still very real, there are some emerging trends worth keeping an eye on. Is the market changing or is it an early seasonal correction?

Does the chart below remind you of the elevation gain during your last run? 2018’s interest rates started out at 3.9% and are currently at 4.57%. Most experts predict continued increases for the remainder of 2018. If you are currently under contract, a conversation with your lender to lock your rate should be priority number one. 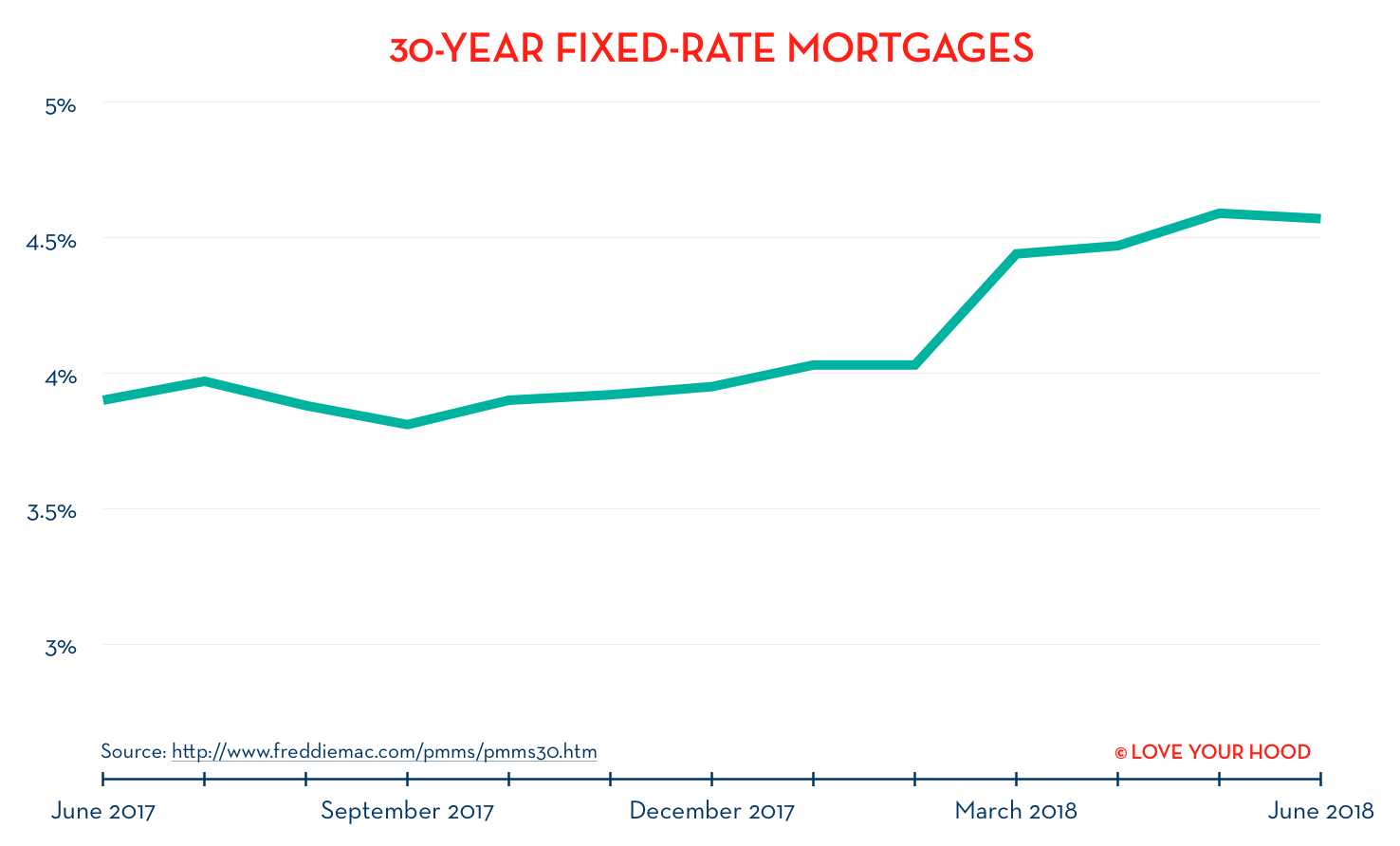 The last time interest rates were at the 4.5% mark was in December of 2013. For those financing their purchase, increasing rates decrease buying power. For those on a budget, that means lowering your max price to accommodate the extra interest in your payment.

Now to put things into perspective… does everyone remember the pre-housing crash in the early 2000’s? Rates were in the 6’s and people were buying like their life depended on it. Try asking for sympathy from someone who bought a home in the late 70’s or early 80’s double digit interest rate days! We’ve been accustomed to “bragging rights” for locking in rates below 4% — the reality is those days are over. Increasing rates are hard to swallow but eventually the new normal (4%, 5%, or 6%) will set in and buyers will continue buying. 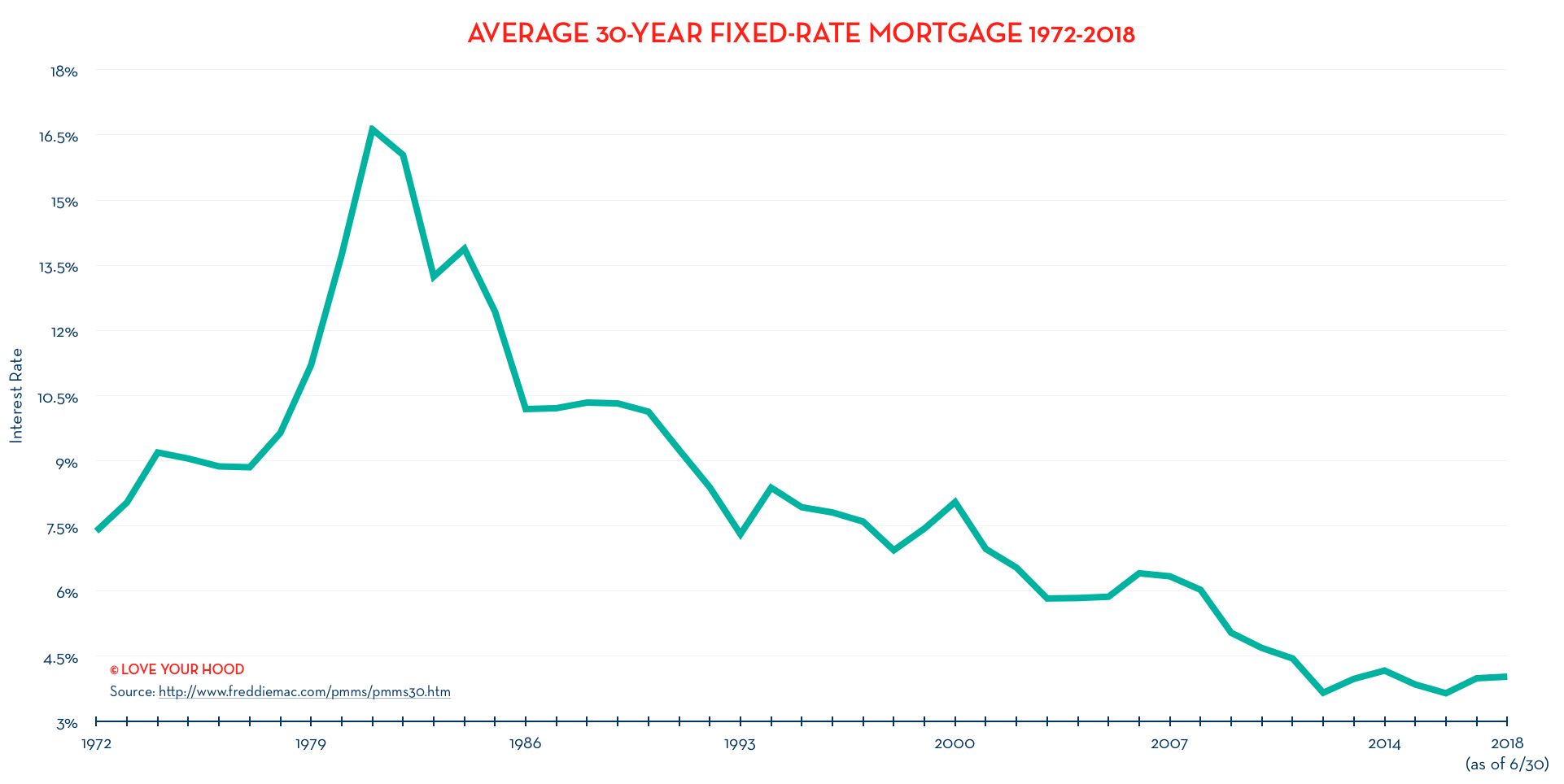 Average days on the market dropped 19 days since January. This is a common seasonal adjustment between winter and the crazy summer season. Comparing the same period (Jan-Jun) over the last four years, the drop is nearly identical. 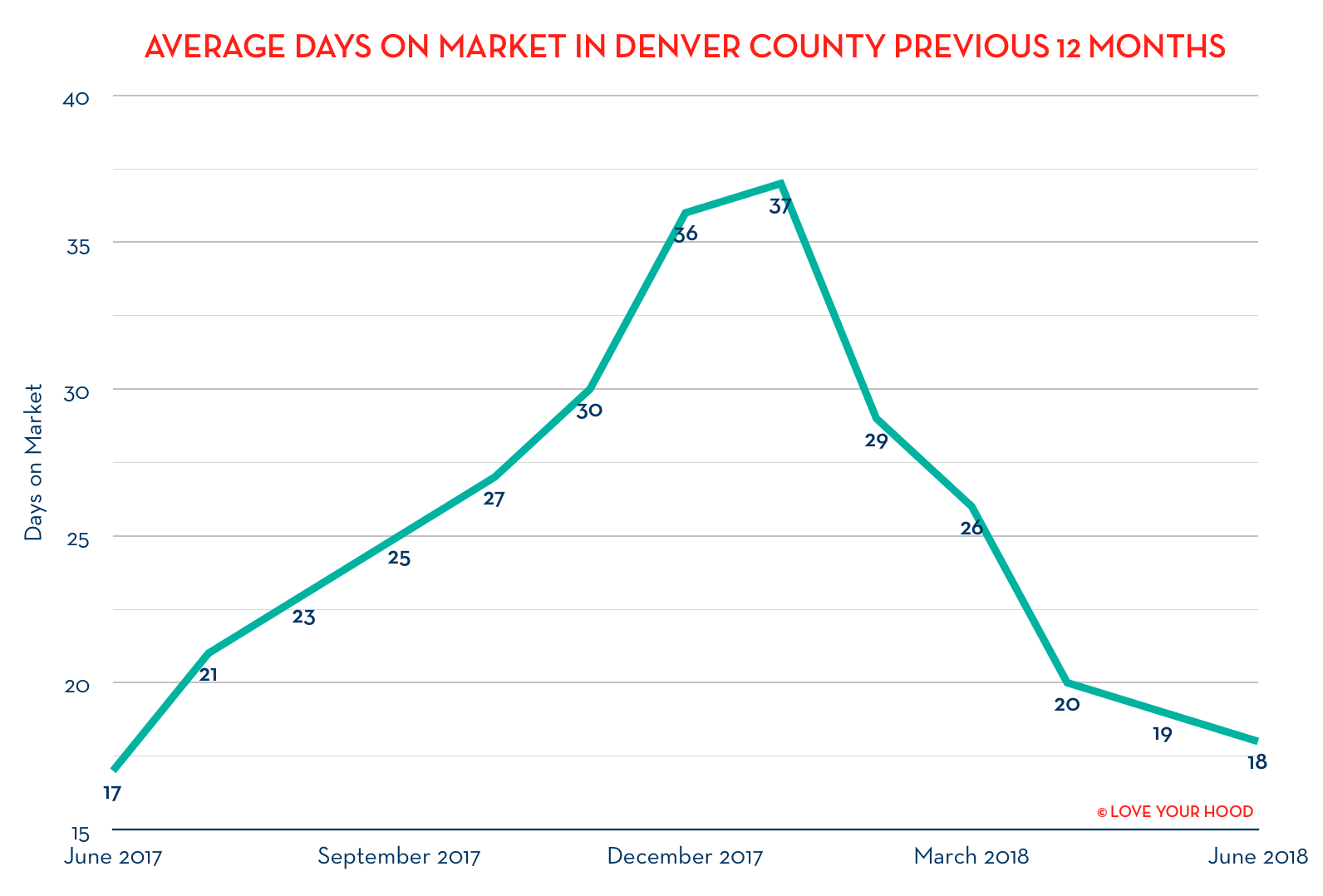 The year-over-year changes to days on market are very minimal (a day or two) for all six counties we track. Buyer demand is still very strong and homes that are priced well and in good condition sell fast. 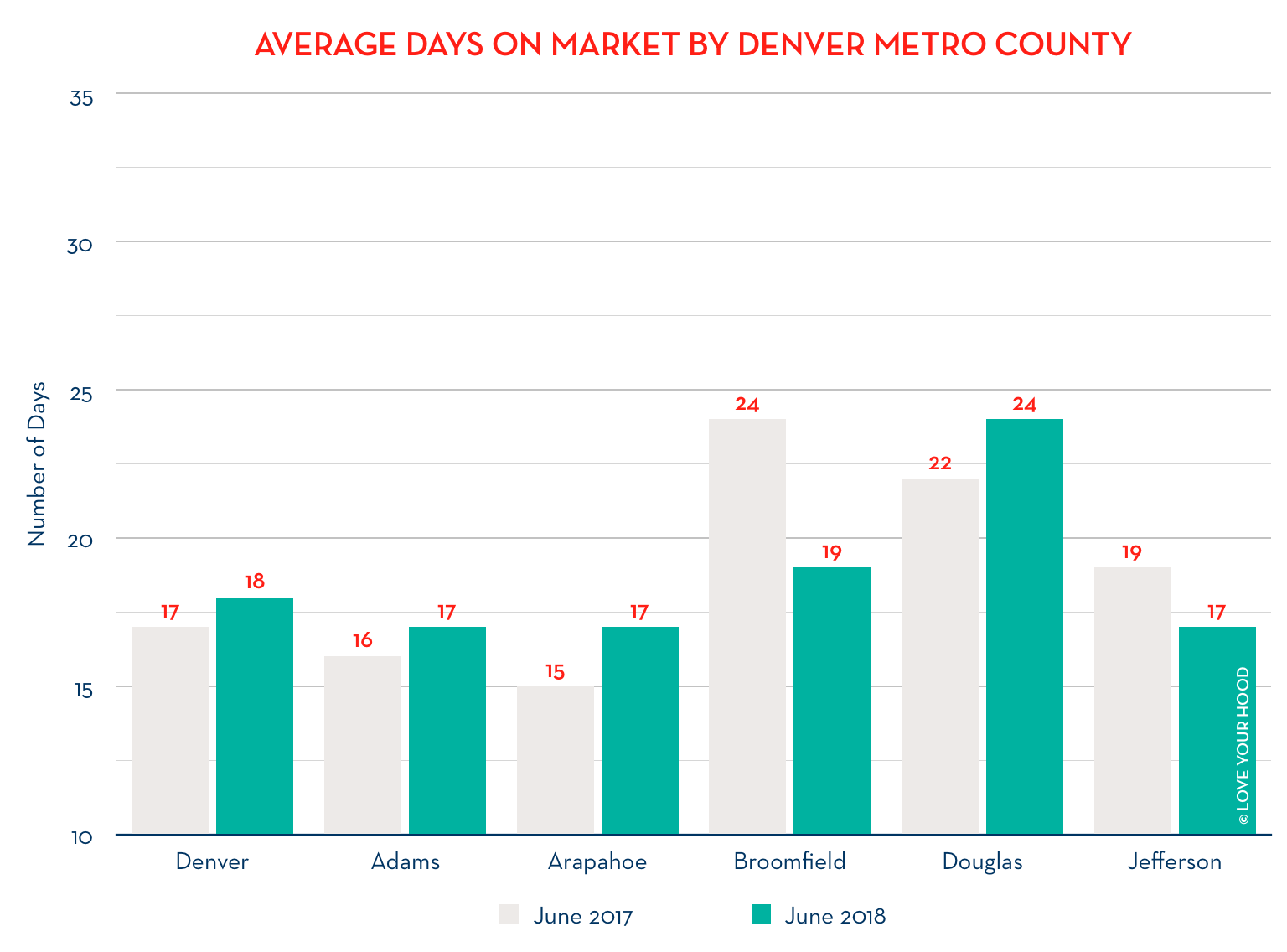 Housing inventory has remained consistently low since 2014. The consumption rate has remained strong, coupled with very few homes hitting the market. We will need a substantial increase in new home inventory along with a decrease in buyer demand for a chance in getting back to a neutral housing market. 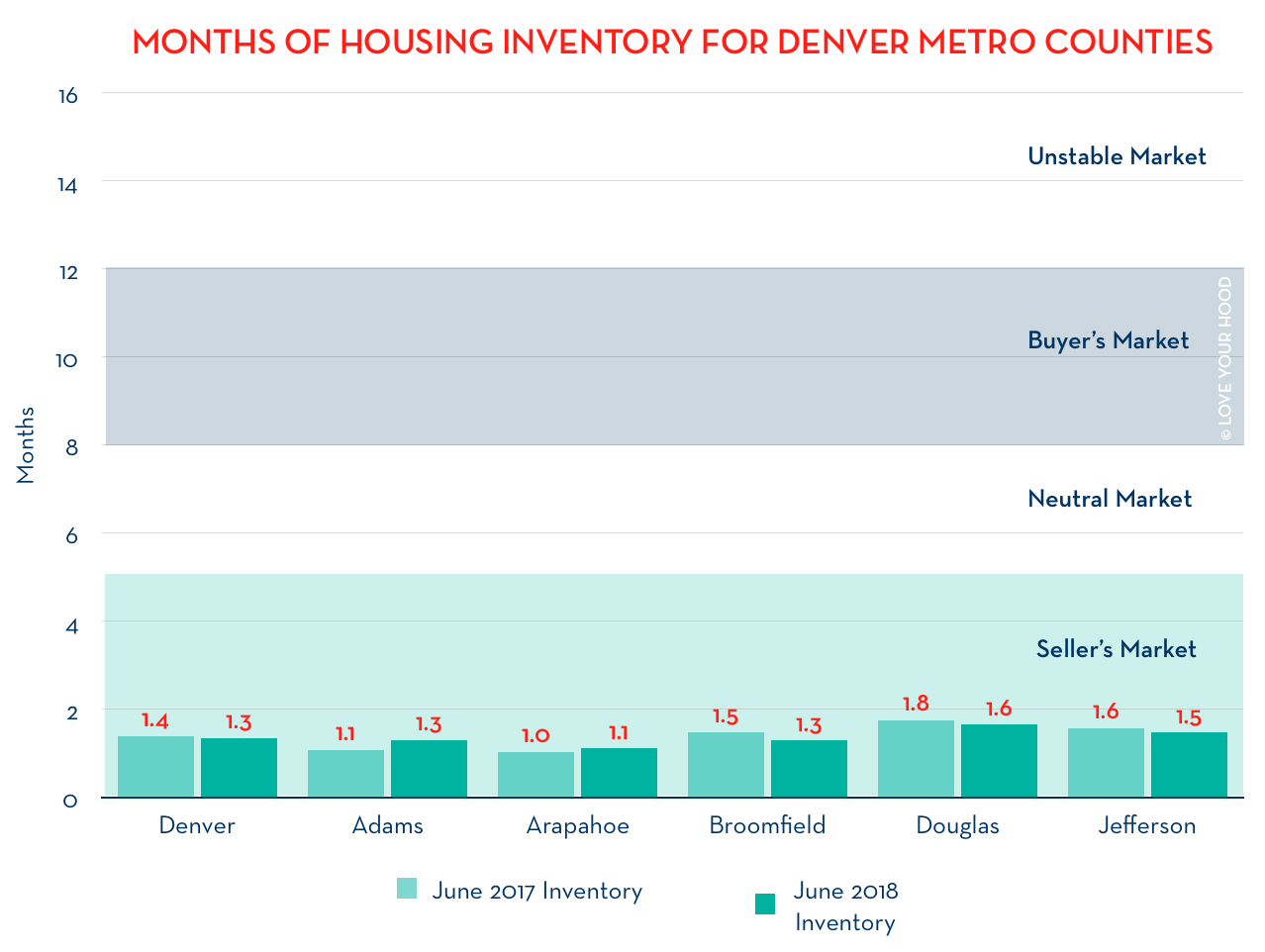 140 more homes have sold in the first half of this year compared to the same period in 2017. This year’s active listings per month is shaping up to be one of the lowest in the last decade. This is the exact opposite of what the Denver market needs. Fewer homes and more sales leads to multiple offers and frustrated buyers. 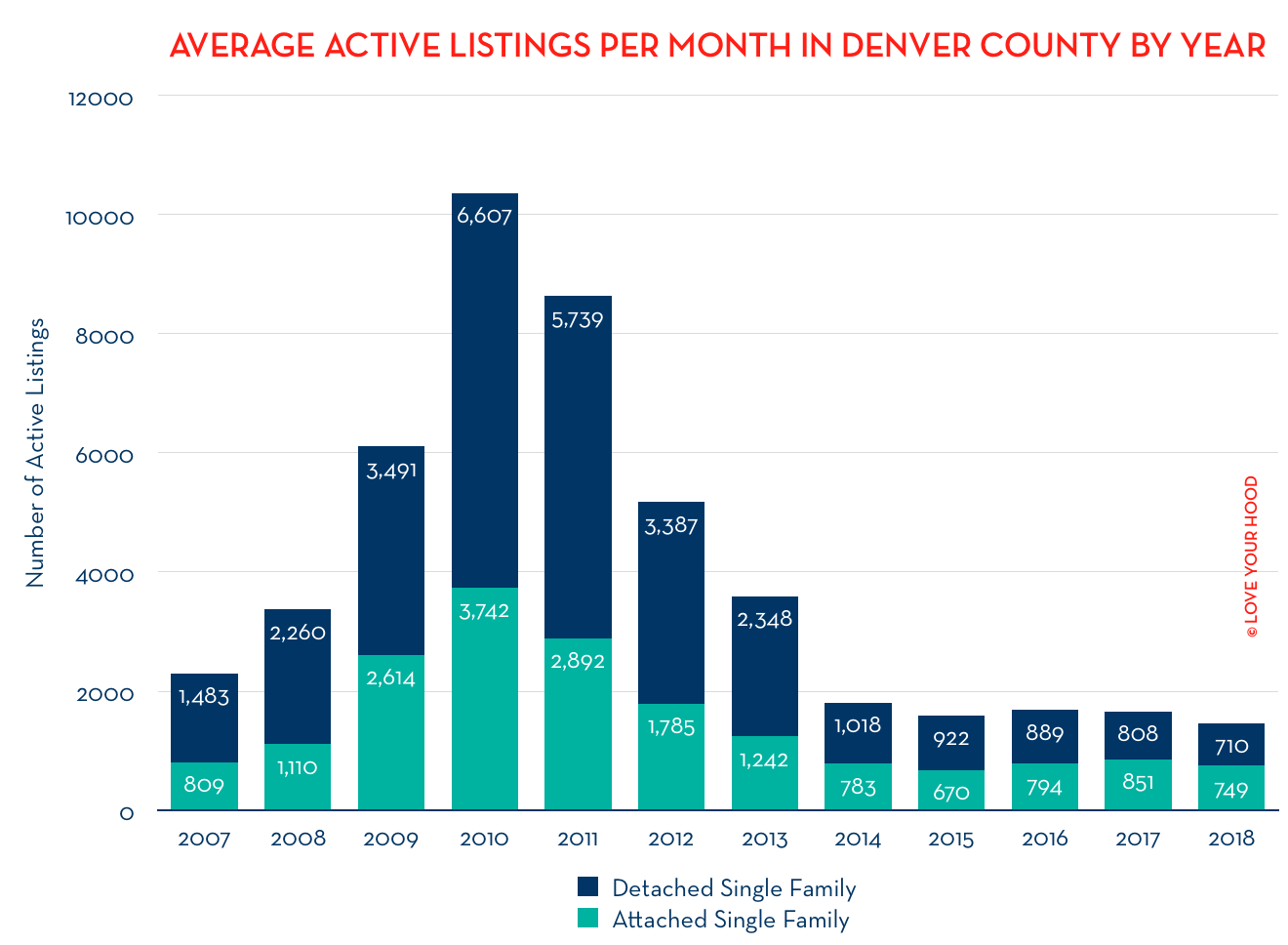 As we look at the last decade, the trend in Denver housing prices continues. 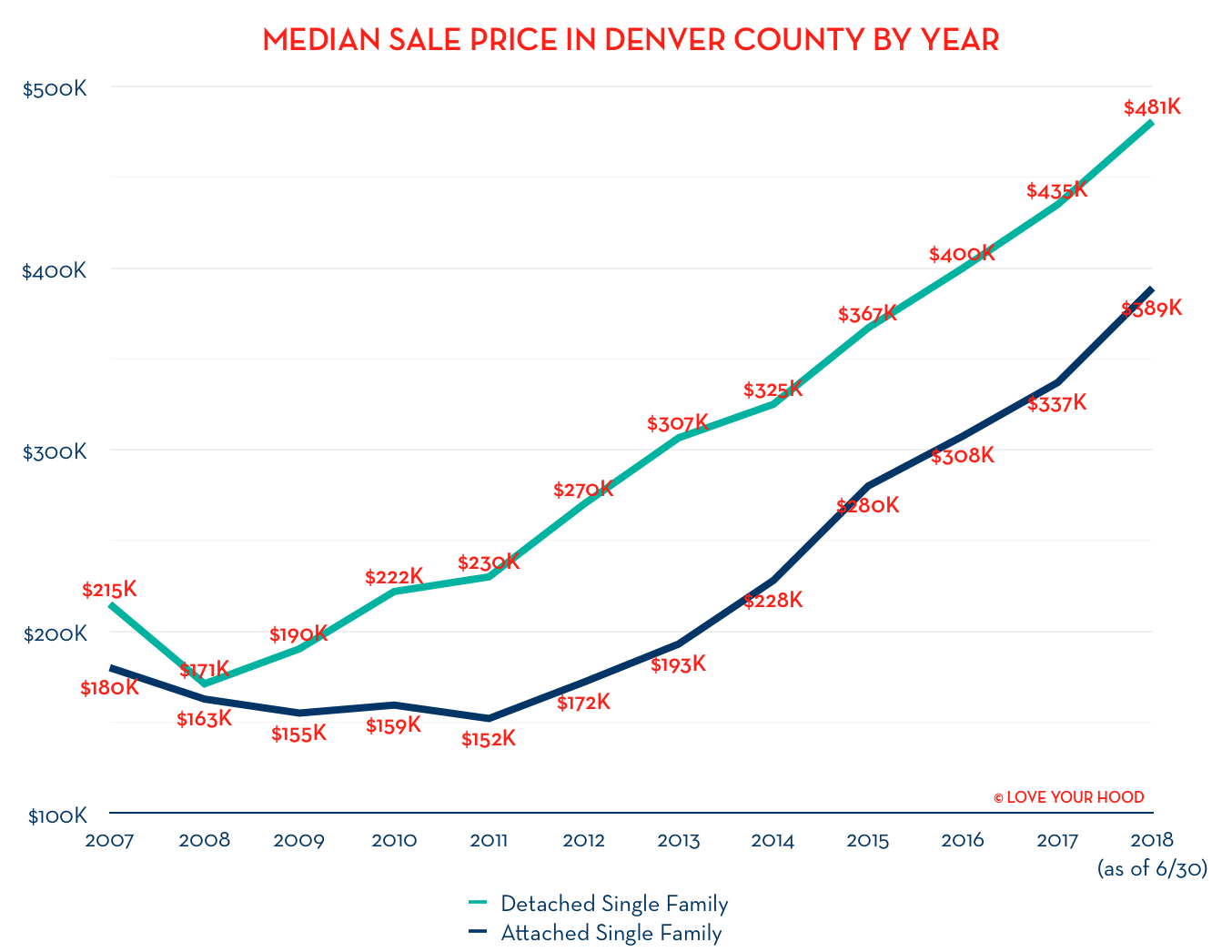 However, as we look more closely, over the last three months, the median sale price in Denver for detached, single-family homes has started to decrease! It peaked in in April at $512,500. Since then, there have been two consecutive downward months. Currently median prices are sitting at $488,000. We are tracking this one closely. Is it a new downward trend or is this just a seasonal correction for the coming winter months? Traditionally, seasonal drops don’t start until August. Starting two months early has everyone wondering if the rising interest rates are finally coming into play. 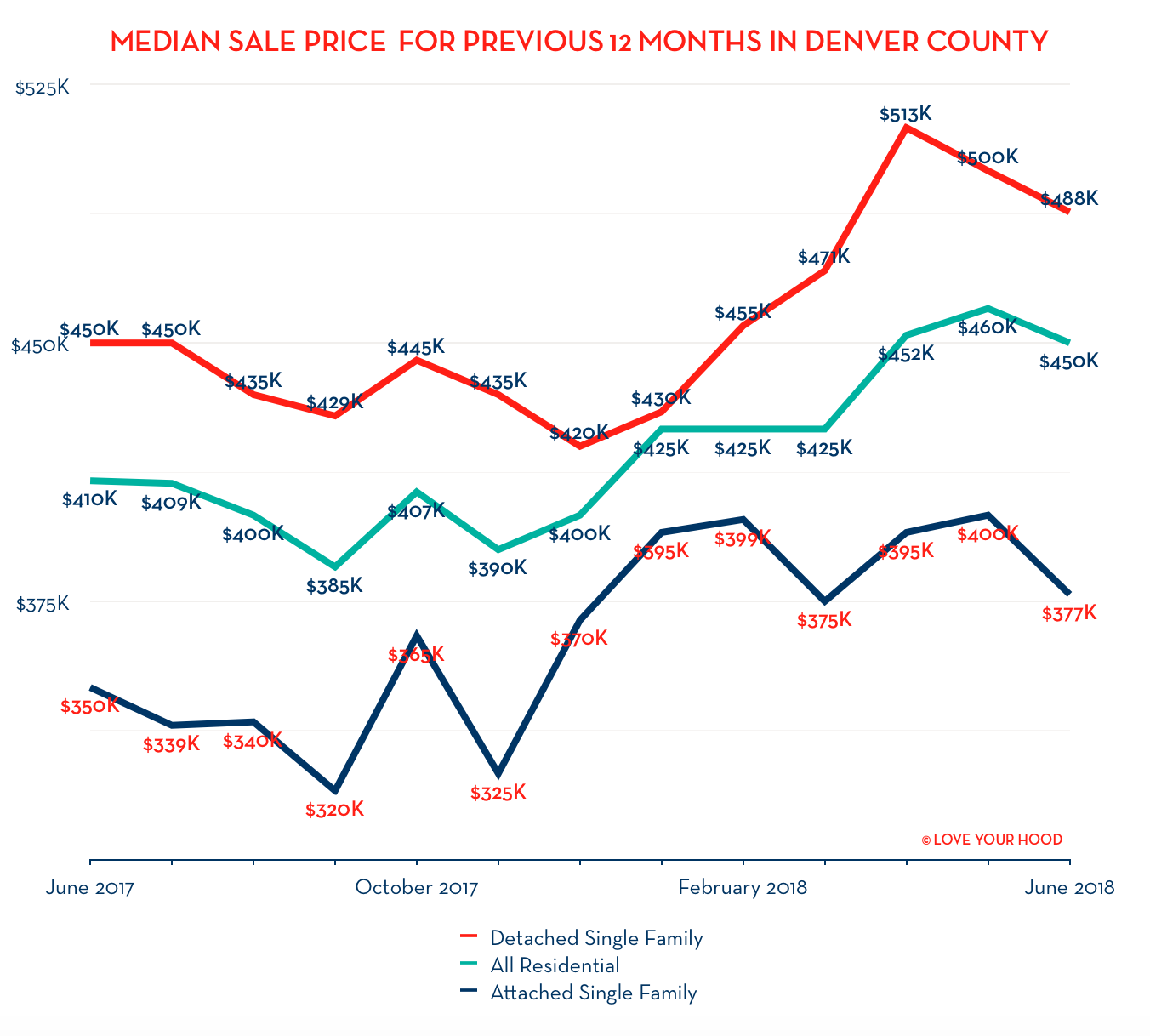 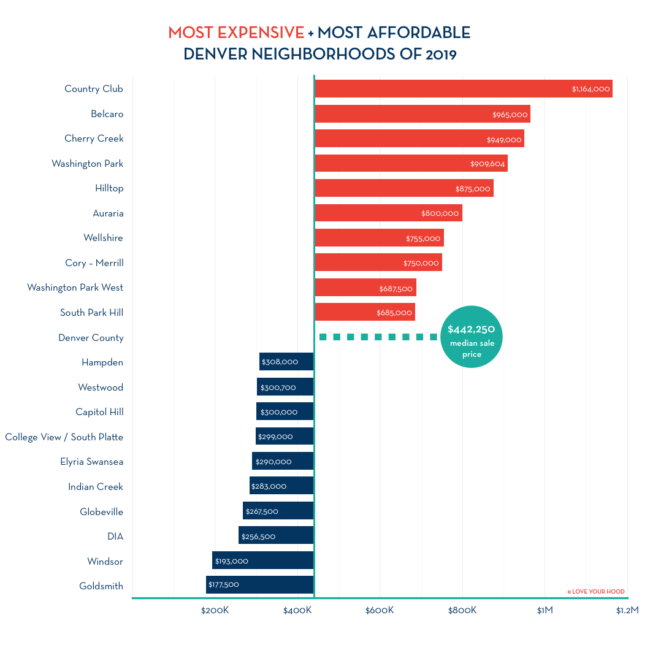 The Top Denver Neighborhoods of 2019 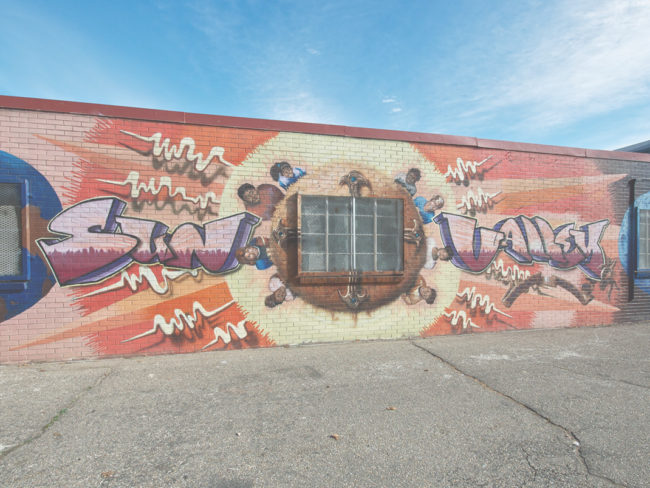 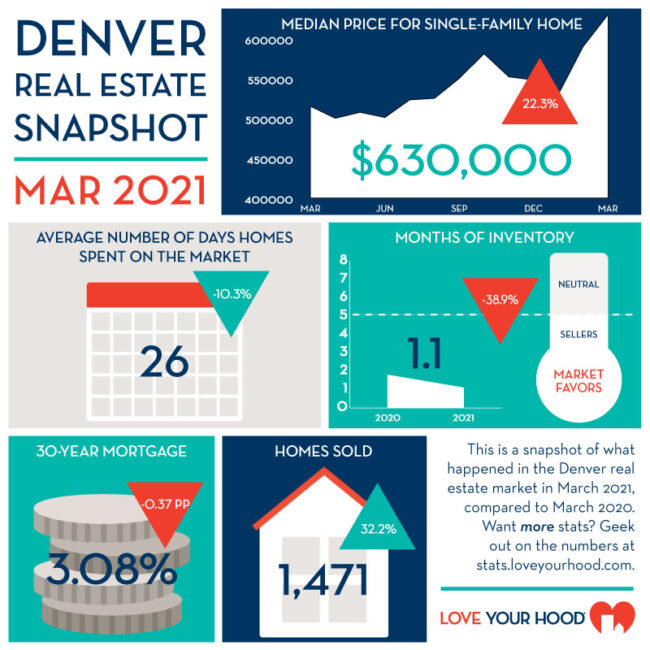 Denver housing market up 18.8% since January